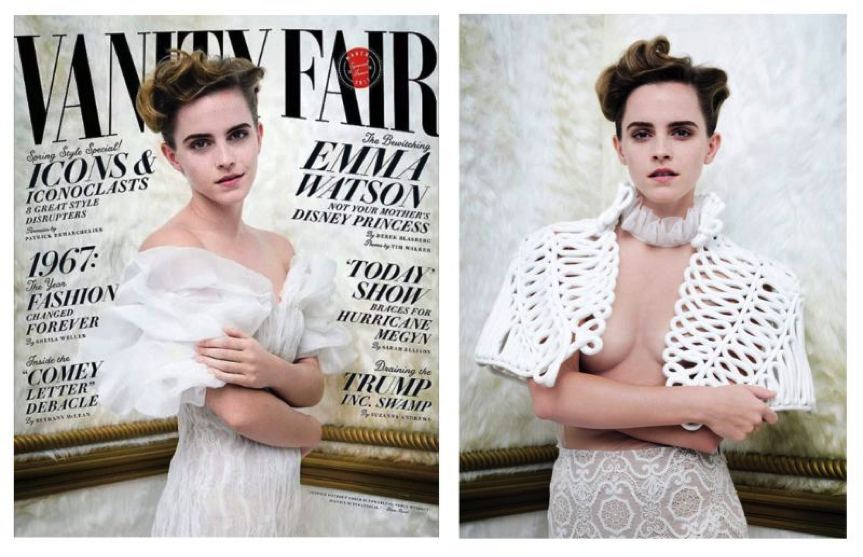 There is no doubt that feminism is in full swing and the focus is honed in on fashion and the way in which both men and women dress as perceived by society. Implied systems of – do’s and don’ts – completely negate the fight for equality only further emphasising what is perceived as right and wrong based on stereotypes.

The modern way society has begun promoting equality is through social media. Empowering slogans are being posted from everyday men and women, clothing brands and publications: “I don’t dress up for boys, I dress up to stare at my reflection as I walk by store windows”, “when a woman says, I have nothing to wear, what she really means is, ‘there’s nothing here for who I am supposed to be today”’, “my clothes do not determine my consent”.

Emma Watson recently had to defend her clothing choices because she posed for a shoot with Vanity Fair where the cape she wears exposes part of her chest. Immediately headlines started questioning Emma’s stance on equality “Is actress and feminist Emma Watson a hypocrite for going topless in Vanity Fair?” Even journalist Julia Hartley-Brewer tweeted a photo of Emma’s shoot and captioned it “ Emma Watson: “Feminism, feminism… gender wage gap… why oh why am I not taken seriously… feminism… oh, and here are my tits!”

Emma’s comments in response where to reiterate the need for abolishing stereotypes and a push for freedom of choice, “they were saying I couldn’t be a feminist and have boobs. Feminism is about giving women a choice. Feminism is not a stick with which to beat other women with. It’s about freedom. It’s about liberation. It’s about equality. I really don’t know what my tits have to do with it.” Side note: If you haven’t heard of “free the nipple”, please Google.

Moj Mahdara, the CEO of Beautycon is jumping on the bandwagon and utilising the positive and empowering slogans. Mahdara implemented a twist on her 2017 Beautycon event by using the Instagram key-phrases for marketing purposes; slogans like “you don’t need lipstick, lipstick needs you” were plastered around the event.

The idea was to showcase uniqueness to their predominately millennial demographic allowing them to view beauty as a way to showcase style and individuality. Also using cosmetics as an opportunity to be creative and to highlight features rather than cover them up. 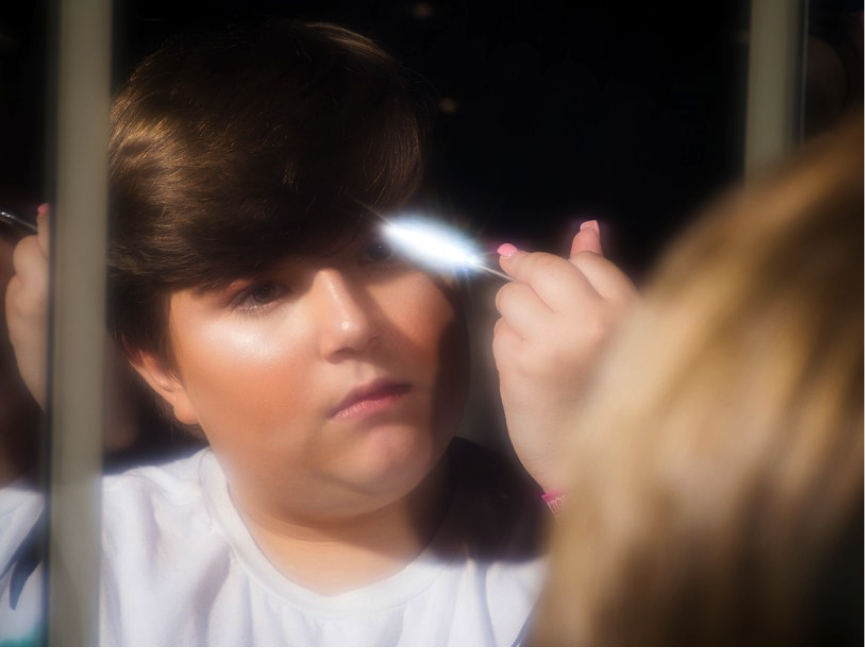 The New Yorker covered the event and titled it “How millennial’s like their makeup – at Beautycon where Sephora meets Coachella cosmetics are sold with the self-empowering language of Instagram” – https://www.newyorker.com/magazine/2017/09/25/how-millennials-like-their-makeup.

Mahdara says, “I’m infatuated by the idea that beauty can be something beyond a concealer culture. [Advertising] is always like ‘do you hate those aging spots on your face?’ As opposed to ‘you’re already fierce, you’re amazing, you slay. The products are for people who feel great about themselves’”.

The same can be said for clothing, the late Bill Cunningham – New York’s famous fashion photographer – said, “Fashion is the armour to survive the reality of every day life”. Trends come and go but style remains and the way in which somebody feels the most comfortable about himself or herself always wins.